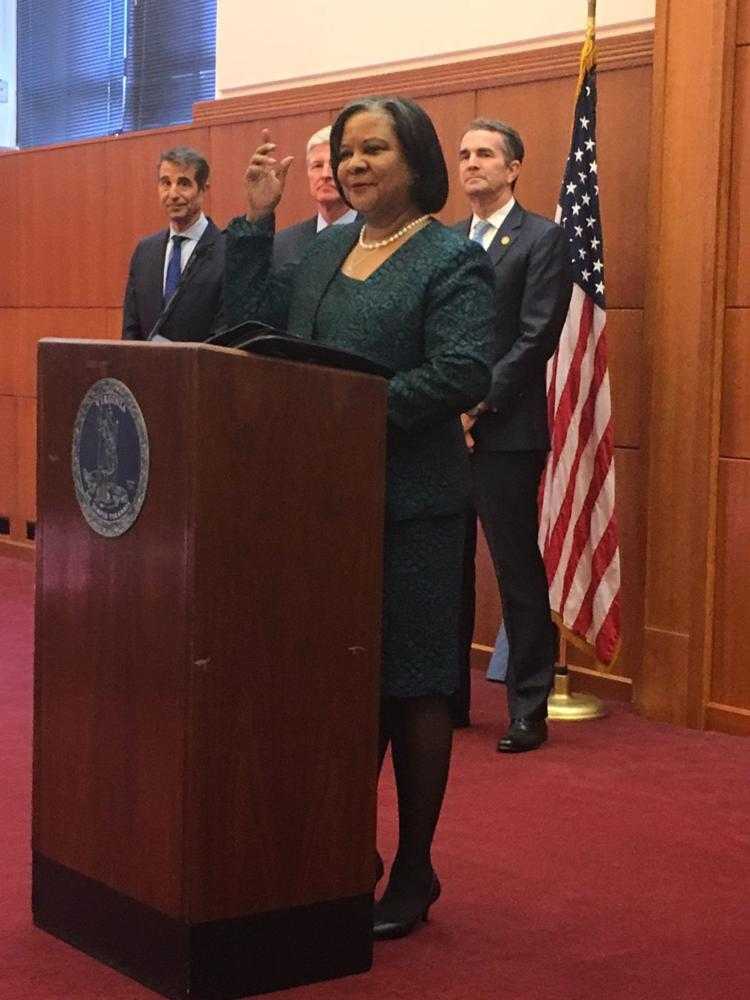 Virginia is losing the leader of a sweeping transformation of its juvenile justice system that has dramatically reduced the number of youth going into state custody and attempted to improve the odds of keeping kids who’ve left custody from returning.

Andrew K. Block Jr. said Tuesday that he will step down as director of the Virginia Department of Juvenile Justice on April 19 after leading the agency for five years under two governors who committed to changing a punitive state approach to rehabilitation that had failed to prevent kids from returning to the system.

“This has truly been a game changer for the commonwealth of Virginia,” said Secretary of Public Safety Brian Moran, who has overseen the transformation under two administrations.

Block has been commuting between Richmond and Charlottesville, where he lives with his wife and four children, since his appointment to the job by then-Gov. Terry McAuliffe in 2014. Gov. Ralph Northam reappointed him to the job at the end of 2017.

Northam, who appeared at the announcement of Block’s departure on Tuesday, named Valerie Boykin, previously deputy director of community programs at the juvenile justice department, to succeed Block, who had recommended her.

Boykin has played a big role in the department’s contracting with more than 125 companies to provide evidence-based services to rehabilitate juvenile offenders in their communities instead of imprisoning them and to help those leaving custody transition back to their homes.

Before joining the department in 2015, the Suffolk native had worked for 35 years in juvenile justice, beginning as a probation officer in Franklin County and ending as director of the court service unit of the 4th Judicial District in Norfolk.

“I leave today very confident about the future of the department and the work we’re doing,” said Block, a former law professor and children’s advocate who founded the JustChildren program at the Legal Aid Justice Center in Charlottesville.

During Block’s tenure, Virginia closed the Beaumont Juvenile Correctional Center in Powhatan County and used the annual savings to fund alternatives to incarceration in maximum-security facilities.

Those alternatives include the proliferation of community programs overseen by Boykin and placements at local detention facilities, including the Chesterfield Juvenile Detention Home, for low-risk offenders and those transitioning from state youth prisons.

In a report late last year, the agency said Virginia courts are committing less than half the number of juveniles to state custody than they did a decade ago and fewer of those youths are entering the maximum-security correctional centers.

Youth admissions to state care dropped from 759 in 2009 to 325 in the 2018 fiscal year. The number of youths in state correctional centers declined from 466 in mid-2015 to 216 at the end of last June. The department also reported big drops in the number of juveniles entering the court system, probation caseloads and detentions.

In an interview last year, Block credited judges, prosecutors and law enforcement for recognizing that “the best thing you can do with low-risk kids who do something stupid is keep them out of the system.”

The department also has changed its approach to running its youth prisons, now just Bon Air Juvenile Correctional Center in Chesterfield County. Instead of relying on a strict prison approach, the state instituted a community-based model in every residential unit to focus on engagement, rehabilitation and education.

The agency also worked to improve access of families to incarcerated youths, beginning a bus service to help families across the state to visit their children at state facilities in central Virginia. The number of family visits more than doubled from mid-2017 to mid-2018, to more than 6,000 a year, the agency reported.

However, Block has not been able to complete the proposed transformation of the state youth prisons to smaller, modern maximum-security facilities closer to the communities from which the incarcerated offenders come.

The idea was to use the savings from closing big youth prisons to pay for community-based programs, as the state did with Beaumont.

However, Chesapeake blocked the establishment of a state facility for juveniles committed from localities in Hampton Roads, which generates more detention cases than any other region the state. An effort to build a 60-bed youth prison in Isle of Wight County is awaiting local zoning approval in the face of opposition by local residents and youth activists who want the state to house juvenile offenders closer to the communities from which they come.

The state also has been stymied in its efforts to either rebuild Bon Air or find a site for a new facility in the greater Richmond area.

“The work is not yet done,” Boykin said.